The 11th of our ‘Twelve days of Open’ is the digitisation of the Mahabharata scroll in the CRC Collections at The University of Edinburgh.

One of two major Sanskrit epics of Ancient India, the Mahabharata tells the tale of a dynastic struggle between two sets of cousins for control of the Bharata kingdom in central India. One of the longest poems ever written, eclipsed only by the Gesar Epic of Tibet, it is said to have been composed between 900 and 400BCE by the sage Vyasa, although, in reality, it is likely to have been created by a number of individuals. To Hindus, it is important in terms of both dharma (moral law) and history (itihasa), as its themes are often didactic. This scroll dates to 1795CE and was donated to Edinburgh University in 1821 by Colonel Walker of Bowland. It is 13.5cm wide and 72m long and has 78 miniatures of varying sizes. All of the illustrations are in the late Mughul or Kangra style, with gold backgrounds and floral patterning in red, white and gold, as well as green leaves and blue diamond-shaped designs.

Click here for digitised images of the Mahabharata scroll

You can now read the full transcript of our talk by @LornaMCampbell, @SFarley_Charlie, @emcandre and Kay Douglas from @GeosciencesEd at @EdinburghUni's Learning and Teaching Conference on the Open.Ed blog:

Open Knowledge in the Curriculum https://t.co/WRuJH50XjA

Our Open.Ed Summer Newsletter is now available, featuring training and resources to support hybrid teaching, and news and highlights from around the University. 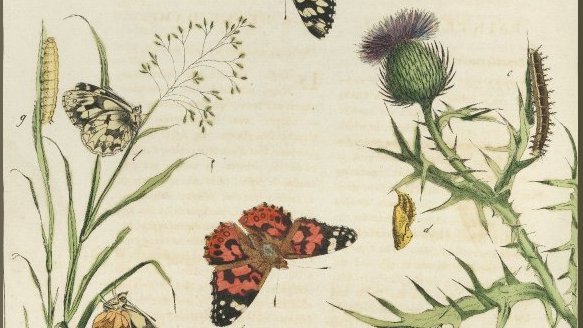