Probably the most relevant 12 videos of this century

A guest blog post by Robert Chmielewski, Information Services.  This post previously appeared on the Educational Design and Engagement Blog.

Prepare to be intellectually challenged… Get your mind in focus as quickly as you can. This is not going to be an ordinary blog post. There won’t be a gentle introduction, followed by a few details served to you in an informal, accessible way. Out with the smooth and mellow, in with the… multifarious and super-complex. None of the well-established conventions apply here. This time it’s different, because what we accomplished was just as memorable as it was unique. We might have even broken several records of the Guinness Book variety in the process. When thinking of the calibre of our achievement, I still have to constantly stop myself from jumping out the office door and run naked through the streets of Edinburgh shouting ‘Eureka!’. And can you blame me? After all, we’ve just published a collection of twelve all singing, all dancing instructional videos about double-blind marking in PebblePad!

**takes a deep sigh and drops the already overstretched hyperbole**

Sadly, despite my best intentions, instructional videos are rarely that profound… In fact, many view them as unremarkable and rather mechanical. However, whilst admitting my initial exaggeration, I have to stress that right from the beginning ours was not simply a mechanical task. At the request of Fraser Muir – who promotes ways of managing assessment digitally at CAHSS – my colleague Nelly Iacobescu and I had to find a way of displaying one of the Information Services’ centrally supported tools (PebblePad/ATLAS) as it’s being applied to a complex marking workflow (double-blind marking). So, here’s where the real challenge lay:

Taking the above into account, we decided to produce twelve individual videos which are addressing not only each of the stages of the workflow but also show them as viewed through the eyes of the three main groups of users:

In some of the videos, apart from capturing the usual “first click here, then click there” content, we also included the “big picture” diagrams to help break down the stages and roles within the double-blind marking workflow. This was especially necessary given the sometimes mind-absorbing and multilevel nature of the PebblePad/ATLAS system where the viewer is shown the menus, within the submenus, within the submenus, and so on. Hopefully, no one is going to get lost there now!

“A picture is worth a thousand words” as the old saying goes. So, here’s hoping our twelve “moving pictures” will prove worthy of a click to our colleagues who are thinking – or are in the process – of moving their dissertation marking online.

The videos are CC BY licensed and can be viewed here on Open.Ed and downloaded for reuse from Media Hopper Create.

Happy #WorldLizardDay! Enjoy this illustration of a marine iguana found only on the Galápagos Islands.
The CC BY licensed image is from former @EdinburghUni student Charles Darwin's 'The Zoology of the Voyage of H.M.S. Beagle'.
https://t.co/Mh1niOZ2Mf https://t.co/YxfRo9dTtX
View on Twitter 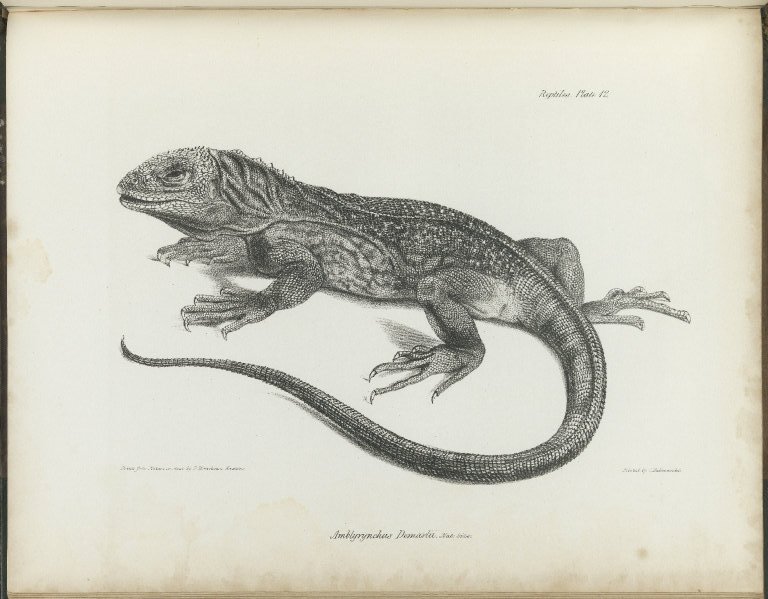